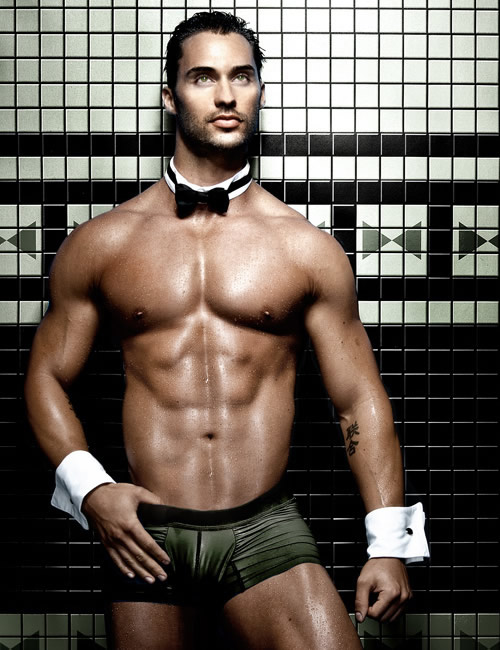 Queerty is reporting that two Chippendales may be racing around the world soon.

Apparently, Jaymes Vaughan and James Davis, who are real life best friends, may be a team on this fall’s THE AMAZING RACE.  I don’t know, but the cast of the next season will probably be announced in the next few weeks.

Queerty raises the issue of their sexuality being unknown.  Actually, I interviewed Jaymes Vaughan for QVegas Magazine last year for a cover story chronicling his coming out.  You can read some of that interview here.   James Davis, who I also know, is straight.

I’m a huge fan of THE AMAZING RACE – I never miss a season. I think it would be way cool for these guys to be a team. If so, I hope there’s ample occasion for them to have to take their shirts off.