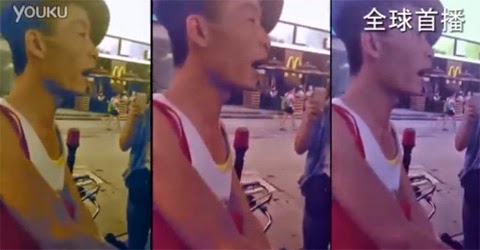 Last October, a video showing the Nanshan police dealing with a dispute between two gay males in the street went viral on the web (see below).

A speech made by one of the men wearing a “little red hat” in the video turned into an internet meme, and it further inspired multiple music videos and imitation videos online. The man and his “little red hat” gained so much attention, he was even able to sign with a talent company.

However, the other party of this dispute, a man named Mu Yi, said he was “outed involuntarily” because of the viral video, and is now suing his company for firing him because he is gay.

This is believed to be China’s first ever sexual-orientation discrimination lawsuit. “During that time (when the video went viral) I was a total wreck. I couldn’t go out. I couldn’t answer the phone. I even lost my job,” Mu told reporters. “I was the victim to begin with, it doesn’t make any sense for my company [to punish me more],” he said.

Check out the initial video footage followed by the remixed version below. The remix is pretty catchy…