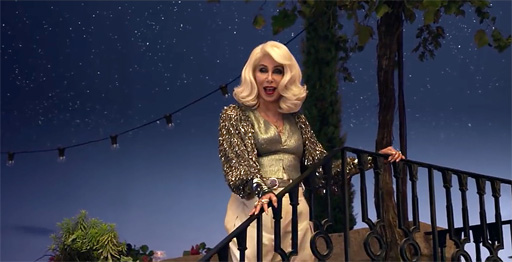 As Grammy, Golden Globe and Emmy Award winner Cher makes the rounds of talk shows to promote her upcoming new film, Mamma Mia: Here We Go Again!, the goddess of pop has revealed her next recording project.

After months of teasing via social media, Cher told Kathie Lee Gifford of the Today Show she will release an album of ABBA cover songs in September.

“After I did ’Fernando’ I thought it would really be fun to do an album of ABBA songs,” the pop icon shared. “So I did.”

No word on which songs the multi-talented hyphenate chose for the new collection, but as she says to Kathie Lee, “it’s not what you think of when you think of ABBA because I did it in a different way.”

Having charted a #1 single in each of the last six decades, fans can definitely expect Cher to bring her own ABBA-tastic flavor to the super group’s catalogue.

Having loved the Broadway musical Mamma Mia (she admits to having seen the production three times), Cher says she’s thrilled to be a part of the new film because ‘it shows women being in control of their life.’

Surprisingly, the Academy Award winner shared that she never expected she would do “many” movies. “I believe what belongs to you, comes to you,” she shares. “And I’d have never thought this belonged to me, but it did.”

Check out the full segment from the Today Show below.