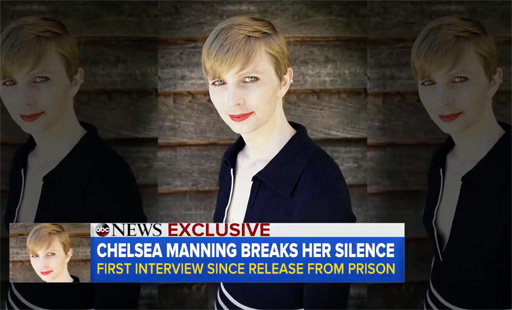 In her first interview since being released from prison, Chelsea Manning explains to Juju Chang of ABC News why she risked her career to disclose the information and her fight for transgender rights while in military prison.

Saying she has “accepted responsibility” for her actions, Chelsea shares that she felt it was her duty to give the 700,000 military and State Department documents to WikiLeaks due to the “death, destruction and mayhem” she saw as an Army intelligence analyst in Iraq.

Even though President Obama commuted her 35 year sentence, Chelsea’s 7 years in prison is still the longest ever served by a leaker.