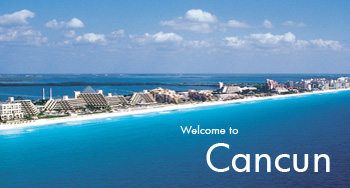 Cancun and other resort areas in the Mexican state of Quintana Roo will have a new attraction for gay and lesbian couples from the United States, Canada and Europe, allowing them to legalize their unions thanks to a quirk in the local civil code, activist Patricia Novelo told Efe.

Novelo said that in January the first same-sex group wedding will be held in the resort area as part of local support for the human rights of the gay community.

She said that already several couples have expressed their wish to formalize their unions at the ceremony.

Novelo said that this “is something very positive. Besides the social part there are many economic benefits because the gay community generates between 45 and 60 percent more income on top of conventional tourism.”

She said gay and lesbian marriages are possible in Quintana Roo, “thanks to a legal gap in the Civil Code,” which only makes mention of “people interested in getting married,” without specifying their gender.

In Mexico, same-sex marriages have been expressly authorized in Mexico City, where through Dec. 15 1,246 such unions had been legally finalized, many involving citizens of other countries.

Hotels, airlines, and tour companies are already working to launch same-sex marriage packages to Cancun, Cozumel, and other beach towns in the Mexican state of Quintana Roo.