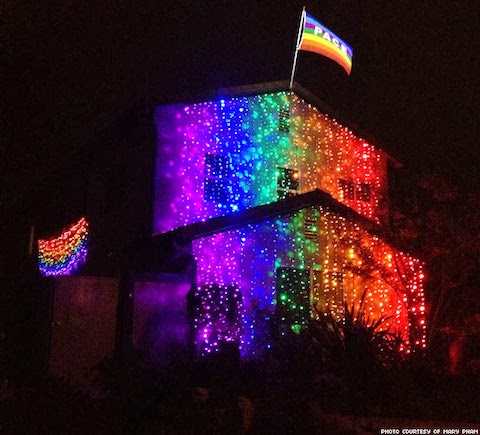 Last April, Dr. Mary Pham of Irvine, California, flew a rainbow flag above her house in support of gay pride.  However, soon after she became the target of anti-gay rhetoric and hate mail from her neighbors.  One friend told her “Not in Irvine, Mary.”

This Christmas,  Pham told
the OC Weekly  that she had decided to fight hate with love (and thousands of
sparkly rainbow lights).

Here’s what Pham and her son did to make the
biggest statement she could think to make!