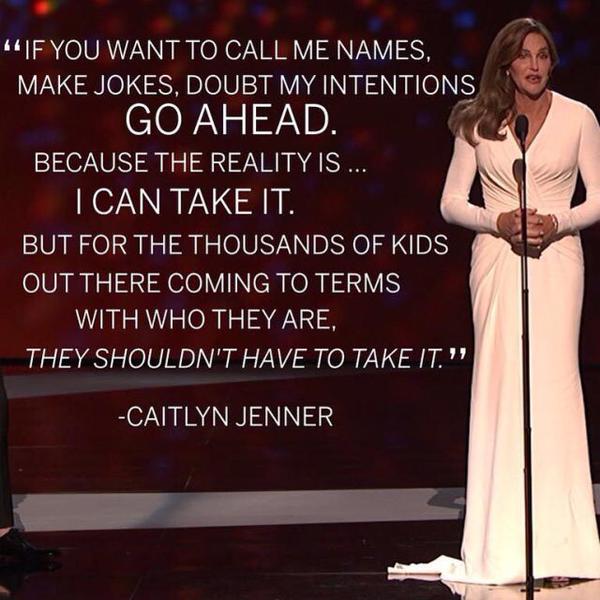 In Caitlyn Jenner’s first major public appearance since announcing she is transgender, the Olympic gold medalist took the stage at ESPN’s annual awards Wednesday to assume the role of champion yet again, only this time, for a different community.

Accepting the Arthur Ashe Courage Award, Jenner spoke of the many challenging hurdles she has overcome throughout her life as an athlete, and now as one of the most public transgender people in the world:

“It’s been eye-opening, inspiring, but also frightening. All across this country, right now, all across the world, at this very moment, there are young people coming to terms with being transgender. They’re learning that they are different and they are trying to figure out how to handle that, on top of every other problem that a teenager has.

“Just last month, the body of 17-year-old Mercedes Williamson, a transgender young woman of color, was found in a field in Mississippi stabbed to death. I also want to tell you about Sam Taub, a 15-year-old transgender young man from Bloomfield, Michigan. In early April, Sam took his won life. Now, Sam’s story haunts me in particular because his death was a few days before my interview with Diane Sawyer. Every time something like this happens, people wonder, ‘Could it have been different, if spotlighting this issue with more attention could have changed the way things happen?’ We’ll never know.

“If there is one thing I do know about my life, it is the power of the spotlight. Sometimes it gets overwhelming, but with attention comes responsibility. As a group, as athletes, how you conduct your lives, what you say, what you do, is absorbed and observed by millions of people, especially young people. I know I’m clear with my responsibility going forward, to tell my story the right way — for me, to keep learning, to reshape the landscape of how trans issues are viewed, how trans people are treated. And then more prominently to promote a very simple idea: accepting people for who they are. Accepting people’s differences.

“My plea to you tonight is to join me in making these issues your issues as well. How do we start? We start with education. I was fortunate to meet Arthur Ashe a few times and I know how important education was to him. Learn as much as you can about another person to understand them better. 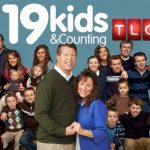 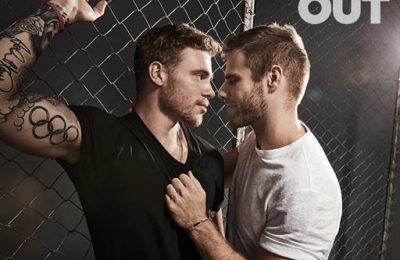 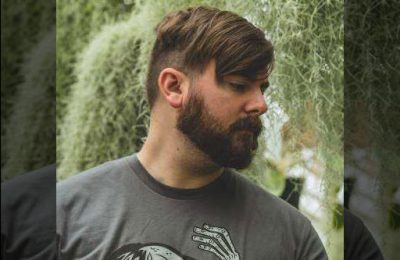 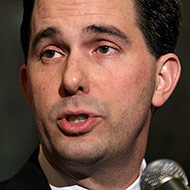