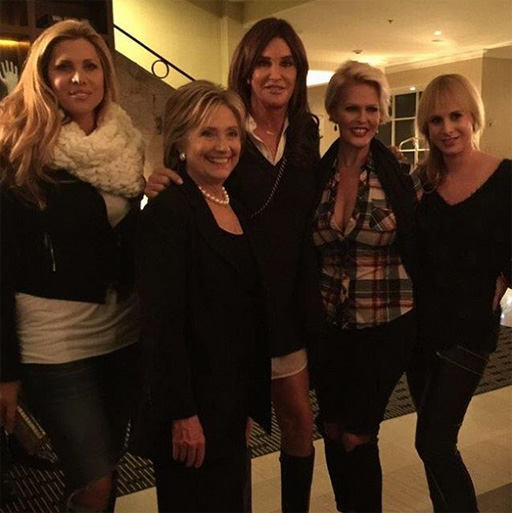 Apparently, the photo is from January when Jenner and posse headed up to Iowa in advance of the first in the nation caucus. Jenner and company waited in the lobby of Clinton’s hotel  with lots of other folks hoping to get the photo op.

A bit surprising move considering Jenner has just recently called Clinton a “fucking liar” and a “political hack.” But the pic was accompanied by the hashtags #learningfrommygirls and #willingtolisten.

As I’ve said before, I appreciate the visibility Jenner brings to transgender issues, I’m not certain she’s the perfect role model for the trans community. But then, who of us IS the “perfect role model?”