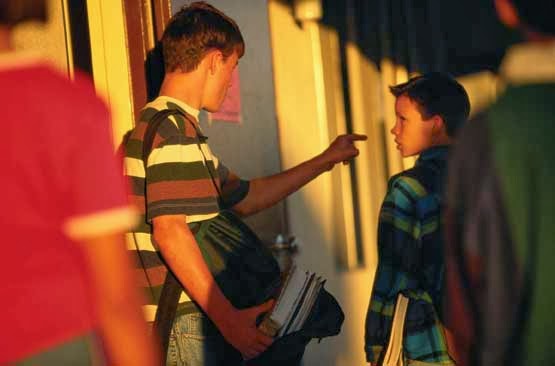 Strong, honest and eloquent essay by Paul Florez on Queerty that really struck a nerve for me. And probably for a lot of people like me who were bullied for most of their teen age years.

Paul writes not only about his high school years and “that one bully” who really went after him for all of those years, but also meeting him ten years later. What did ten years bring to Paul’s life? What did it bring to his bully’s life? And what happened when they were face to face years later?

Here’s just an excerpt that sets the scene for much of Paul’s teenage years:

I eventually made friends in high school, but there were always plenty of people ready to bully me. Some were overt about it, shoving me in a locker like a sad cliché. Others were more coy, sending me anonymous IMs with the word pato. But there was one person who’s bullying made me feel helpless, and I carried his cruelty with me the years following high school. For the sake of this article I’ll call him TJ.

TJ was not the meathead, Karofsky archetype from Glee that one normally thinks of when talking about bullies. He was a straight A student, in AP classes, and constantly on the morning announcements for his accomplishments. If there was anyone who was going to be valedictorian of La Salle High School in 2002 it was going to be TJ. He was also charming, able to win over large crowds with jokes and sat at the head of his lunch table like a king.

It’s easy to look back and say TJ was taking out some buried insecurity out on me. That wasn’t true. In fact he was the opposite of insecure. He was confident.

I really encourage folks to take a moment to read the whole article.

I have one of these guys from my high school years. He was a LOT like Paul’s bully. Maybe not so smart, but confident and happy to call me a whole list of names in front of hundreds of people.

I was lucky though, that somehow I ended up with two best friends who were popular (and very big football players). That slowed some of the bullying my last year of high school. But I “get” Paul’s whole perspective here, and I congratulate him for putting it down for others to read and take in.

I don’t know that I could handle the “ten years later” encounter like Paul, but it’s inspiring reading.