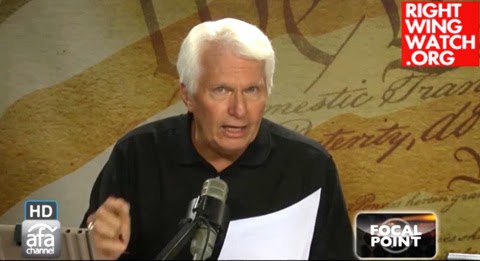 Hate group leader Bryan Fischer says that atheists should be banned from serving in any branch of the military.

Responding to a situation in which an airman was denied his request to re-enlist in the Air Force because he refuses to take an oath containing the phrase “so help me God,” Fischer asserts that atheists should be prohibited from serving in all braches of the military because “there is no place in the United States military for those who do not believe in the Creator who is the source of every single one of our fundamental human and civil rights.”