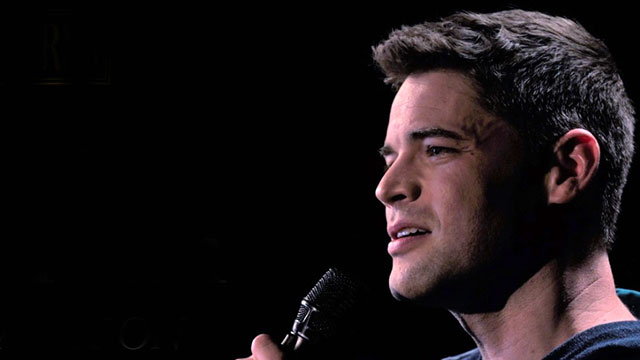 Broadway’s Jeremy Jordan, known for his powerful voice and provocative storytelling, returns to the stage with his new concert, Carry On.

Equal parts humor and heartache, Carry On journeys into Jeremy’s new life as a father. Unpacking and attempting to reconcile his own complicated childhood, Jeremy soon discovers there is more to being a parent than he could have ever imagined.

Featuring an array of musical styles (musical direction by Benjamin Rauhala), as well as some never-before-heard songs, Carry On has been thoughtfully reimagined for the virtual stage after winning multiple awards for its premiere at Feinstein’s/54 Below just over a year ago.

Jeremy Jordan is best known for his Tony and Grammy-nominated portrayal of Jack Kelly in Newsies on Broadway, as well as his many roles on television including series regulars on CW’s “Supergirl”, NBC’s “Smash” and Disney Channel’s “Tangled.”

Recently, he starred on Broadway opposite Kerry Washington in the provocative new play, American Son, and then reprised his role in the Netflix film adaptation. Additional Broadway credits include starring as Clyde in Bonnie & Clyde (Theatre World Award), Tony in West Side Story, and lead roles in Waitress and Rock of Ages.

Following the initial premiere date, the concert will be made available on demand for three weeks and accessible to fans across the world. Click here for ticket info.