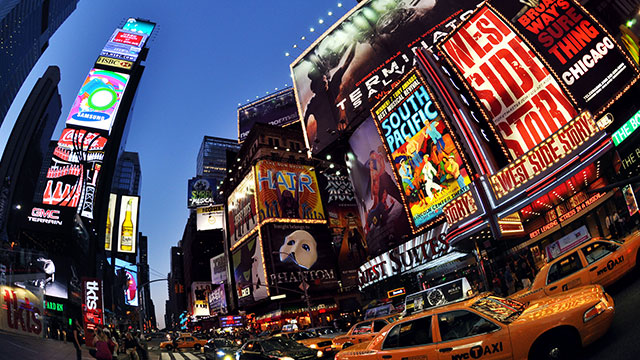 The Broadway League, which represents theater owners and producers, announced on Friday that all 41 Broadway theaters will remain closed through May 30, 2021. Devastating news, not only for the theatre community but the economy of New York City.

Earlier this year, on March 12, the League shut down all shows in an effort to stop the spread of the coronavirus. According to a statement from the League, 31 productions were running at that time, including 8 new shows in previews. Additionally, 8 productions were in rehearsals preparing to open in the spring.

The initial shutdown was to last just a month through April 12. But the reopening date has been rescheduled multiple times. The most recent announcement led hopeful theatre artists and audiences to believe the marquee lights would light up again in a staggered fashion beginning January 3, 2021.

Theatre producers who had planned to begin performances, like the highly-anticipated revival of The Music Manstarring 2 two-time Tony Award winners Hugh Jackman and Sutton Foster as well as revivals of plays including Take Me Out and American Buffalo, will all need to reshuffle their schedules.

The New York Times reports that a bio-musical about the life and career of Michael Jackson, titled MJ The Musical, which was set to premiere this summer, then moved to Spring 2021, has now been rescheduled to next fall.

Some productions, like Disney’s Frozen, have announced they will not reopen at all when the coast is finally clear. A new play by Martin McDonagh called Hangmen, and a revival of Edward Albee’s Who’s Afraid of Virginia Woolf, which were both in previews at the time of the shutdown, have suffered a similar fate.

The shutdown doesn’t just affect the actors, stage crew, musicians, box office, and production staffers. The ripple effect of closing down Broadway has an enormous impact on local restaurants and hotels that welcome guests from out of town eager to see a Broadway show.

According to the Times, in 2019, the industry’s theaters drew 14.6 million theatergoers and sold $1.8 billion worth of tickets. With theaters open less than 3 months this year, the annual grosses will be just a fraction of that.

Television and film production has begun to ramp back up with safety protocols in place. But Broadway theaters can be small, cramped spaces to work in even when there’s no virus to worry about. And the high cost of overhead for shows makes operating with reduced audience capacity a nonstarter.

“Today the Broadway League made the difficult but responsible decision to put the safety and health of their workers and audience first,” said Mary McColl, executive director for Actors’ Equity Association. “This is a deeply painful time for everyone who depends on the arts for their livelihood.”

“We are at this moment because, seven months into the pandemic, our nation still lacks a coherent national strategy for masks and testing which could help bring the virus under control,” she added. “Too many in the industry need help now as we face another six months without work. The ongoing lack of work in the arts means we face a critical need for federal COBRA health insurance subsidies, renewed federal unemployment benefits, and arts funding. Washington must act.”

The Broadway League announces the continued suspension of all ticket sales for Broadway perfs in NYC through May 30, 2021. Theatregoers holding tickets for dates through 5/30/21 should contact their point of purchase for details about exchanges & refunds. https://t.co/JupWkcHrOG pic.twitter.com/uL81MZhMYj