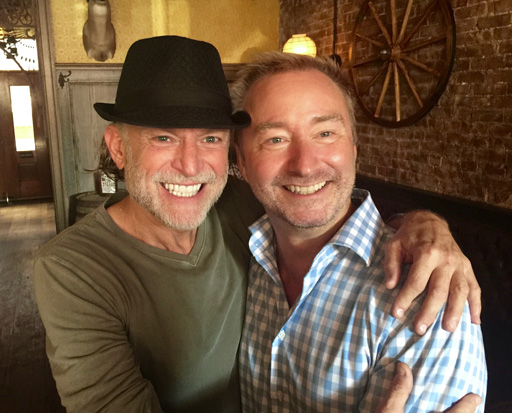 I’m currently back in the Big Apple to see a few Broadway shows,  but more importantly to catch up with my former cast mates of 30 years ago (!!!) when I and a lot of way young actors were cast in a new national touring company of CATS.

At the time, in 1986, CATS was still the hottest ticket on Broadway. And while the powers that be had opened a Los Angeles company and a first national company which sat down in cities like Chicago, Boston and Washington D.C. for over a year at a time, our company – technically called CATS III – was really the first opportunity most of the U.S. had to see the feline phenom. Dallas, Houston, Miami, St. Louis, Memphis, Baltimore, Detroit and more would host us for two, three, four weeks or more.

It was a very heady time for most of us as the show was so hot at the time.

Yesterday, several of my fellow kitties took in the matinee of the newly opened revival of CATS currently playing at the Neil Simon Theater on Broadway.

I’ll write more about the new production in another post, but suffice it to say it’s still the amazing theater experience you expect. At one point in the nine minute “Jellicle Ball,” the music kicked into high gear and I could feel my heart pumping as if I was on the stage myself dancing my butt off. Clearly, hundreds of performances embeds that awesome rush into your DNA.

Afterwards, I joined my longtime partners in feline fun onstage to meet some of the new kittens on the block. Here’s a few pics from the day.