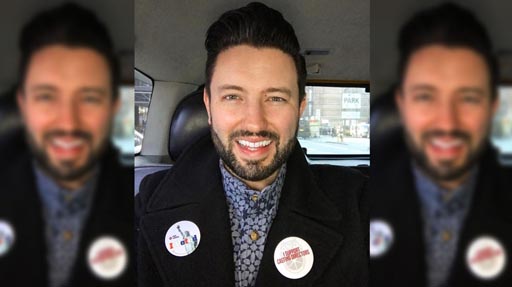 A top Broadway casting director has been fired from his agency after being accused of inappropriate behavior.

Justin Huff, who is openly gay, was dismissed as a senior staffer at powerhouse casting firm Telsey + Company.

Huff had been involved in casting major Broadway productions like Kinky Boots, Newsies, On Your Feet!, Honeymoon In Vegas, and The Color Purple,

“I was given reports of inappropriate behavior which I took very seriously,” agency founder Bernard Telsey told Variety, “and once I was able to get some information, it was very clear he had to leave this office.”

Without providing any details, Telsey admitted there were allegations of sexual misconduct.

Huff is married to actor Mo Brady, whom he cast in the short-lived Broadway musical, Catch Me if You Can.