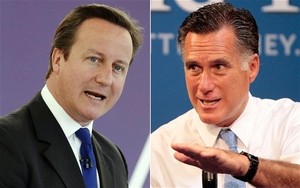 CNN reports that British Prime Minister David Cameron held a special dinner for LGBT activists at his official residence, and made remarks that reaffirmed his much-publicized support for marriage equality — just one day before meeting with Mitt Romney.

I’m wondering if Mitt Romney will now question if Cameron is a true conservative…?