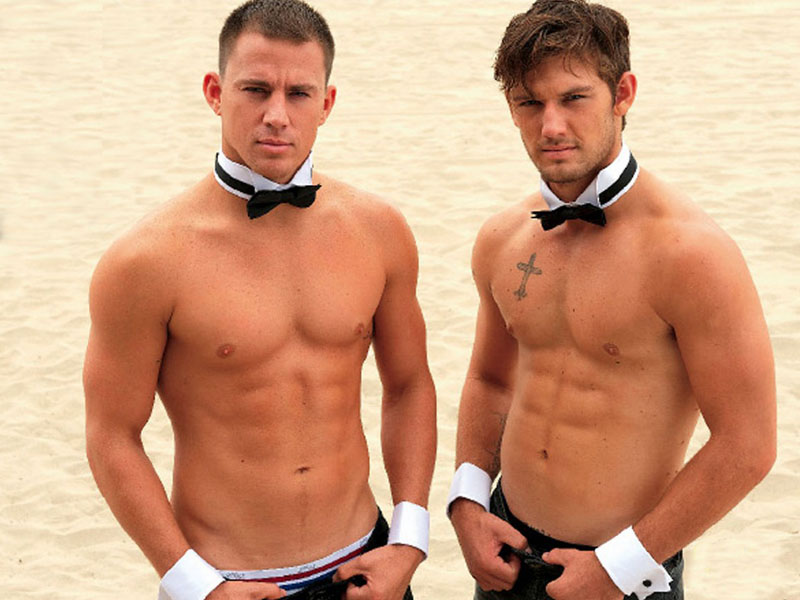 The New York Times has cracked the story of the century: gay men enjoy a movie featuring hot men taking off their clothes.

…Interviews around the country indicated that gay men have been
flocking to “Magic Mike” in numbers not seen since the release of
“Brokeback Mountain” in 2005. But unlike that film, about two cowboys in
love, there’s nothing explicitly gay about “Magic Mike.” Unless you
count muscled men thrusting their pelvises without pants. That was
enough for Bill Venne and his friends.

“Let’s be honest: it’s men taking their clothes off,” said Mr. Venne,
49, who lives in Minneapolis and saw “Magic Mike” on Sunday with 16 gay
men and one straight woman.
…
Sue Kroll, president for worldwide
marketing for Warner Brothers Pictures, said the studio coordinated a
“well-concentrated and tailored” campaign intended to capture gay
moviegoers’ attention. The demographic wasn’t part of the studio’s
initial marketing push, but that quickly changed, Ms. Kroll said, once
it became clear there was interest among gay men.

“Once it became clear”? SRSLY?

They were surprised to find gay men find movies with handsome men taking their clothes off interesting?