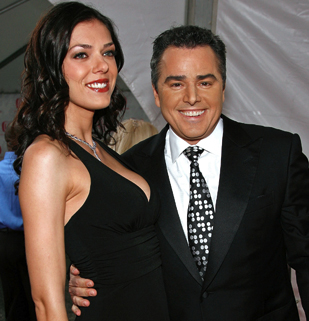 ‘My Fair Brady’ stars Adrianne Curry and Christopher Knight have separated on what is the fifth anniversary of their wedding.

“After starting a relationship with what seemed to be irreconcilable differences, the couple has reached a period where those differences are no longer appreciated,” their manager, Phil Viardo, said in a statement. “The decision was mutually reached after it became clear to both that some perspective was needed in order to assess their unique union.”

This was Curry’s first marriage and Knight’s third. They had no children.

In what was perceived as a romance made in reality-TV heaven, Curry, now 28, was the winner of the first season of America’s Next Top Model when she and Knight met in 2004 to film the fourth season of VH1’s The Surreal Life.

Knight, now 53 and a businessman, is still best known for his ’70s TV role as Peter Brady on the iconic The Brady Bunch.

I watched a bit of their show “My Fair Brady” and thought they had some issues but I always hope for the best for couples.

Btw, Chris has aged very well in my opinion.  Don’t you think? 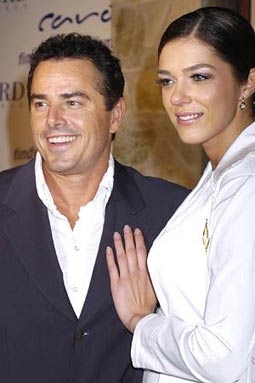