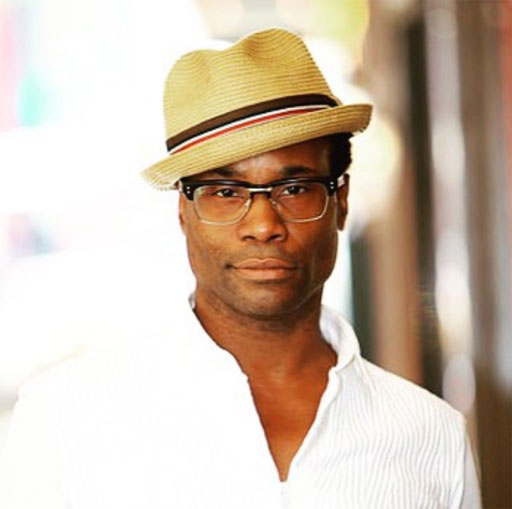 Tony & Grammy Award winner Billy Porter calls out “white, cisgender, rich boys” in the LGBTQ community for closing their checkbooks once they got marriage equality in a new interview with Vulture.

Porter, who’s never been meek when it comes to issues of equality and civil rights, shares in a candid, new interview how working on the hit FX television series Pose brought back memories of living through the AIDS epidemic in 1980s New York City.

Billy says he was reminded how the transgender community became practically “invisible” during that time.

“For me, as a 48-year-old gay man, when I came out, we had to fight for our lives. Because the fight was so intense — and this is what this show has taught me — the T in LGBTQ was almost invisible. The fight was about something else. I equate it to the idea of the civil rights movement, and Martin Luther King Jr. and his relationship with Bayard Rustin. He was the gay man that taught him and set him up to be the civil rights leader that he was, and was erased from the conversation because that wasn’t the fight.”

The Pose actor goes on to describe witnessing how some left the battle field (taking their money with them) when the focus of LGBTQ rights shifted from marriage to transgender protections.

“There’s a lot of that in the gay culture, especially the cisgender, white, rich gay culture. I sat on the board of the Empire State Pride Agenda for six years, and that’s an organization that really was influential in lobbying and fighting for gay rights, during the AIDS crisis all the way up through marriage equality. When these white, cisgender, rich boys got marriage equality and the organization’s focus turned to transgender rights, those motherfuckers closed their checkbooks, and the organization of 25 years had to close.”

Billy summed up his purview of the situation:

This writer has known Billy Porter since the early 1990’s when he made his Broadway debut in the hit musical, Miss Saigon.

Over the years we’ve worked together in the theare, and I’ve interviewed him several times as a journalist. I can always count on a frank, candid, and totally unfiltered experience with Billy. #Yassss

When we chatted last year about his latest album, Billy Porter Presents: The Soul of Richard Rodgers, I was all prepared for music chat. But fresh off the 2016 election, Billy was primed for political chat explaining how the album was a political statement in and of itself.

And I loved it.

You can check out our chat from my podcast interview below.