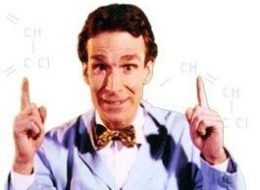 Bill Nye, the harmless children’s edu-tainer known as “The Science Guy,”
was recently in Waco, TX,  to participate in McLennan Community College’s
Distinguished Lecture Series. He gave two lectures on such topics as global warming, Mars exploration, and energy
consumption.

Nye somehow managed to offend a group of adults in Waco when he suggested that the moon does not emit light, but
instead reflects the light of the sun.

As even most elementary-school graduates know, the moon reflects the light of the sun but produces no light of its own.

But don’t tell that to the good people of Waco, who were “visibly
angered by what some perceived as irreverence,” according to the Waco
Tribune.

Nye got people riled up when he brought up Genesis 1:16,
which reads: “God made two great lights — the greater light to govern
the day and the lesser light to govern the night. He also made the
stars.”

The lesser light  he pointed out, is not a light at all, but only a reflector.

At this point, several people in the audience stormed out in fury. One
woman yelled “We believe in God!” and left with three children, thus
ensuring that people across America would read about the incident and
conclude that Waco is as nutty as they’d always suspected.

This story originally appeared in the Waco Tribune, but the newspaper
has mysteriously pulled its story from the online version, presumably to
avoid further embarrassment.
(source)