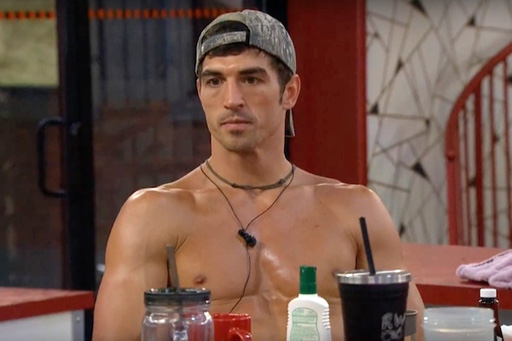 Nickson was discussing tucking, for some reason, with houseguest, Jessica Graf.

Nickson: “How does one tape his di*k down?”

Nickson: “For trannies, I guess.”

Graf immediately covered his mouth, but Nickson continued: “Do you really think I could give a sh*t that like .0000001 percent of the population is fu*k*ng trannies. I don’t give a fu*k. I promise you they’re not expecting me to really fu*king sympathize with their psychological cause.”

Graf broached the subject with Nickson again later while talking with other houseguests.

Graf: “What you said this morning wasn’t that great either.”

Nickson: “What? Tranny? I don’t give a sh*t. Do you really think they’re going to come at a Marine Crops infantryman for fu*king saying the word tranny?”

In the past, contestants have, in fact, lost jobs once they leave the Big Brother house for offensive or controversial statements made on the reality game show.

Season 17 contestant, and first transgender competitor on the show, Audrey Middleton, warned that Nickson should be prepared to be unemployed after BB due to his transphobic remarks.

Cody the .0001% of the population isn’t going to sympathize when you lose your job… You’re going to care what we think then.. #BB19

You can watch the two moments below.