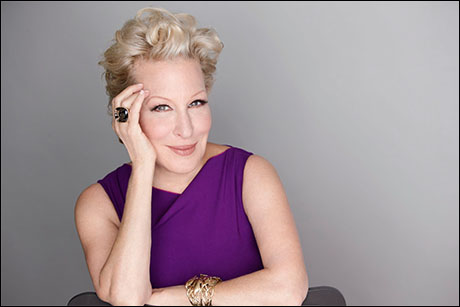 I’m thrilled to read that the fabulous Bette Midler will return to the Broadway stage next year in a new revival of Jerry Herman’s Hello, Dolly!

Playbill has the announcement:

Stage and screen star Bette Midler has announced that she will play Dolly Gallagher Levi in a Broadway revival of the blockbuster 1964 musical, Hello, Dolly!

Four-time Tony Award winner Jerry Zaks will direct, and Tony winner Warren Carlyle will choreograph the production, which will begin Broadway previews March 13, 2017, and open April 20 at a theatre to be announced.

Midler issued a statement saying, “I am looking forward to portraying one of the most beloved characters in all of American Musical Comedy, Dolly Levi, born Gallagher, in Hello, Dolly! I know I’m going to have the time of my life, and I am so glad to be under the wings of Scott Rudin as Producer and Jerry Zaks as Director. See you next year!”

Composer/lyricist Jerry Herman said, “Many times through the years I’ve been asked about bringing back Hello, Dolly! – and it has always been, ‘Who would be my dream Dolly?’ – and though I’ve had literally dozens of names tossed at me, I knew that we needed more than just a wonderful singer or a wonderful actor, so I held on to the hope that she would also be a distinctly original persona. Who is out there that has the necessary stature, warmth, the incredible talent and ability, and especially the singular, out-sized personality that I was looking for in a 21st century Dolly? Only one person: Bette Midler. Only Bette could bring Dolly brilliantly back to ‘the lights of 14th Street!'”

“There has not been a new production in 50 years,” Rudin told The Associated Press. “Partly it was the difficulty of who could play Dolly. It had to be someone who could take it to a different level. Bette is the only one who can. Never has there been something more inevitable than her in this role.”

I made my Broadway debut in 1995 in the last revival, which starred Tony Award-winner (and original “Dolly Levi”) Carol Channing, and it was truly a gift to be a part of.

A few years ago, when Tony Award winners Patti Lupone and director Jack O’Brien were in talks to bring the show back to Broadway, I was asked by Jerry Herman himself to choreograph the production. Unfortunately, Lupone and O’Brien had some artistic differences and the production never came to fruition. For several months, I spoke with the producer attached to the project at the time and certainly Bette was on the top of our list.

I wish the new endeavor only the best. 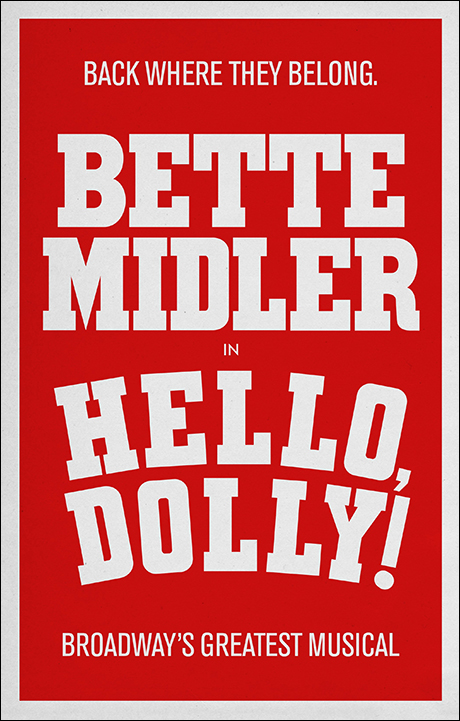