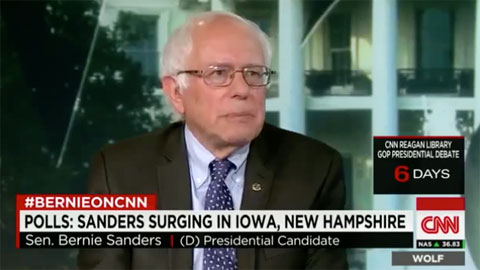 “You want me to tell you the truth? Yes, I’m stunned.” Sanders said when asked if he was surprised to be leading in recent polls in Iowa and New Hampshire.

“Look, we have a message that I believed from day one was going to resonate with the American people.

“Did I think (the issues) would resonate as quickly as they have? The answer is no.”

“I am going to be doing everything that I can to see that the Democratic Party is successful in November.”