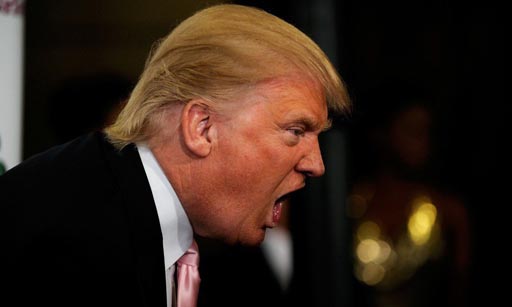 Excellent behind-the-scenes reporting by Politico on the firing of FBI Director James Comey.

President Donald Trump weighed firing his FBI director for more than a week. When he finally pulled the trigger Tuesday afternoon, he didn’t call James Comey. He sent his longtime private security guard to deliver the termination letter in a manila folder to FBI headquarters.

Trump’s firing of the high-profile FBI director on the 110th day since the president took office marked another sudden turn for an administration that has fired its acting attorney general, national security adviser and now its FBI director, whom Trump had praised until recent weeks and had even blew a kiss to during a January appearance.

The article goes on to say Comey found out he was fired from watching TV reports while in the LA offices of the FBI.

This is only the second time in the history of the U.S. that an FBI director has been fired and Trump couldn’t even bother to call or meet with Comey.

Trump was apparently surprised by the backlash last night as the news unfolded.

Officials in the White House told Politico that the assumption was everyone had a problem with Comey, Democrats and Republicans alike.

What Trump doesn’t seem to understand is: he has now fired the man investigated his campaign and associates for connections to Russia. How Nixonian can you get?