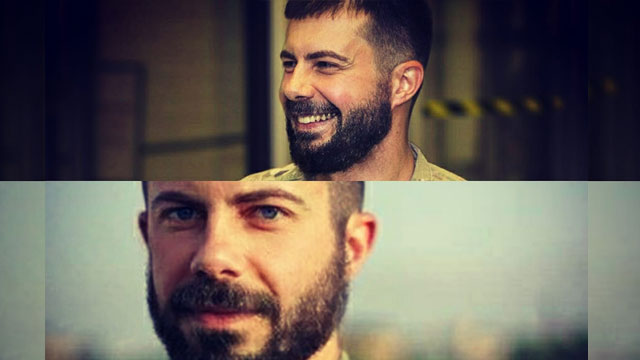 A quartet of photos was shared by longtime New York City gay blogger kenneth-in-the-212 with the headline “Mayor Woof for President.” Kenneth added the caption, “I’ll bet the gays wouldn’t be complaining about this candidate.”

Kenneth was referencing that, even though Buttigieg is the first openly gay viable candidate for the Democratic presidential nomination, he hasn’t been universally embraced by the entire LGBTQ community.

Kenneth revealed they were the creative genius of Jim Fall, film director best known for the classic gay movie romp Trick and the upcoming Trick 2.

Fall told The Advocate he was inspired to beard-up Buttigieg after being “impressed with [Buttigieg’s] ability to stay cool and smart” during Wednesday night’s “fiery debate in Las Vegas.”

After coming across a pic of Buttigieg with a mustache Thursday morning, Fall decided to get creative with FaceApp on his own with the former South Bend mayor’s pics. “And damn, he looks good with a full-on beard!” he told The Advocate.

Falls says he doesn’t have a favorite in the Democratic primary race just yet, although he admits “both Pete Buttigieg and Elizabeth Warren have stayed at the top of my list.”

There was no FaceApp time for Warren though. “Elizabeth doesn’t look so good in a beard or mustache, so I didn’t post those,” Fall added.

Fall does hope, though, that perhaps the bearded images might help some folks take a fresh look at the 38-year-old candidate.

“It’s amazing to me that we are living in a time where an out gay married man is a serious contender for the presidency,” explained Fall. “No matter what you feel about his specific politics, the LGBTQ community should be celebrating. I see so many gay men on social media knocking him down, and it’s disheartening.”

“You don’t have to love him or even support him, but don’t disrespect him,” added the director. “Don’t eat your own.”

I photoshopped Tom Selleck's mustache onto Buttigieg during the commercial break. #DemDebate pic.twitter.com/QRRXVGPIQo