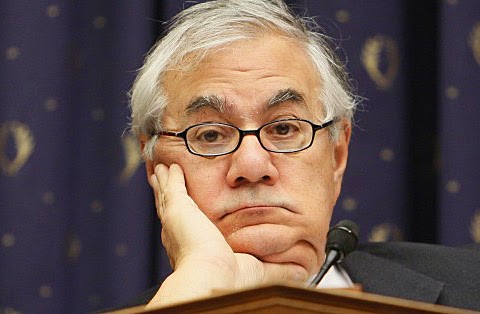 “He was outed or what?” Frank said when Business Insider asked for his thoughts on the sudden resignation by the 33 year old congressman from Illinois.

Frank was one of the first openly gay congressmen, having come out in 1987. He is currently promoting his recent memoir “Frank: A Life In Politics From The Great Society To Same-Sex Marriage.”

The former congressman from Massachusetts did have this to offer regarding young Schock:

Schock had a severely anti-gay voting record while in office having voted against the repeal of Don’t Ask Don’t Tell, the repeal of DOMA and many other pieces of LGBT legislation.