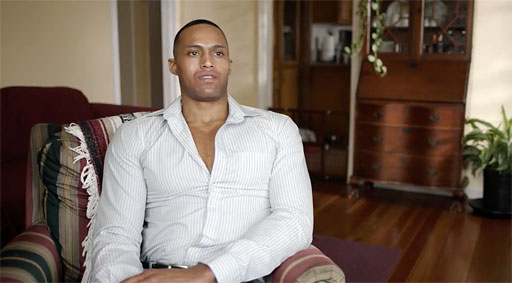 In October 2017, personal trainer Nikko Briteramos was surprised to be turned away at a barber shop because of his HIV status.

Briteramos had been a customer at King of Kuts barbershop in the Leimert Park area of Los Angeles several times before.

But apparently, another barber in the establishment who knew Briteramos shared his HIV status with the owner. And so, on that visit, owner Ramsy Milton declined to cut Briteramos’s hair.

First of all, you can’t contract HIV by cutting someone’s hair.

Second, people with HIV are protected against discrimination under Section 504 of the Rehabilitation Act of 1973 and the Americans with Disabilities Act of 1990 (ADA).

Briteramos filed a lawsuit saying the barber shop and its owner violated those statutes.

According to Lambda Legal, which handled legal duties along with HIV Project director Scott Schoettes, the lawsuit was never answered in court.

This past January, Briteramos and his legal team asked the court to issue a default ruling in the case. Milton neither answered nor showed up for the hearing on March 1, 2019.

“This judgment is proof that what happened to me in that barbershop and what happens to people living with HIV who experience discrimination just trying to do basic things in life like go the dentist or get a haircut is simply not acceptable,” said Briteramos.

“Such discriminatory practices harken back to times not too distant during the period of American ‘Jim Crow’ and are equally unjust,” added the 35-year-old trainer.

The case became the impetus for the Cut the Stigma campaign.

Launched in 2018, Cut the Stigma works to “engage Black businesses, including barbershops, around the country to dispel misconceptions about the transmission of HIV” and in doing so, reduce the stigma attached to living with HIV.