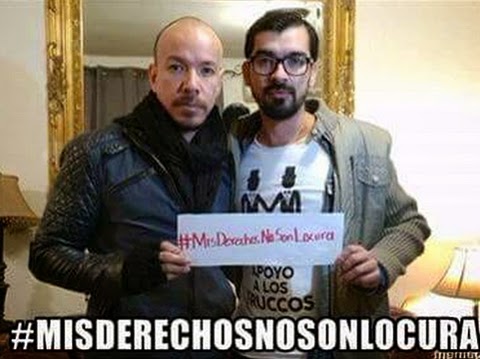 For the fourth time since June 2013, Victor Manuel Aguirre and Fernando Urias were turned away from their own marriage ceremony in Mexicali. Their marriage would have marked the first same-sex wedding in Baja California.

The couple, Fernando Urias, 37, and Victor Manuel Aguirre, 43, have been trying to get married legally in Mexicaly since 2013, and their Saturday Jan. 10 wedding had been scheduled with the city’s civil registry for weeks.

But when the men arrived at Mexicali City Hall, the doors were shut, and wedding was cancelled because, reports Dibble, Angelica Guadalupe Gonzalez Sanchez, president of the Coalition of Baja California Families, complained that the two men “suffer from madness.”

Gonzales gives couples mandatory pre-marital prior to their civil weddings and said the duo was “aggressive and impertinent” after she refused to certify that they had attended their pre-marital talk because they were not a heterosexual couple.

In response to the ongoing obstacles, social media campaign launched the hashtag #MisDerechosNoSonLocura (“my rights are not insanity”).