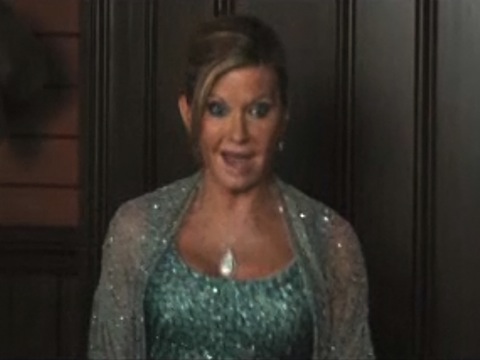 The trailer for Olivia Newton-John’s upcoming movie “A Few Best Men” – directed by Stephan Elliott (Priscilla Queen of the Desert) and also starring Xavier Samuel (Twilight) – was released and this certainly isn’t ‘Sandy’ from “GREASE.”

Olivia literally swings from the chandeliers and slams a bedroom door to do a few lines of cocaine in a funny bit.

From the producers of “Death at a Funeral,” the film is about a groom and his three best men who come from the UK to Australia for his wedding. It’s the Aussie answer to “The Hangover” and “Bridesmaids” (and happens to feature “Bridesmaids” scene-stealer Rebel Wilson too).

You can see screen captures of from the trailer below. 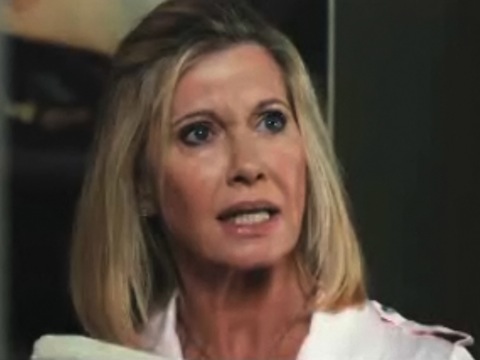 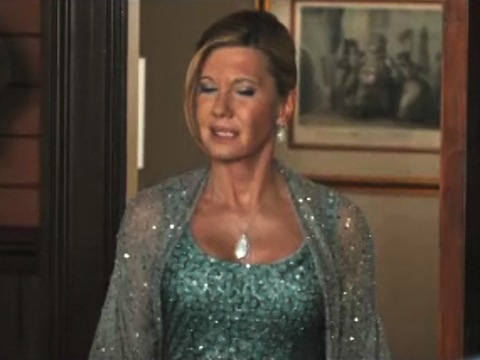 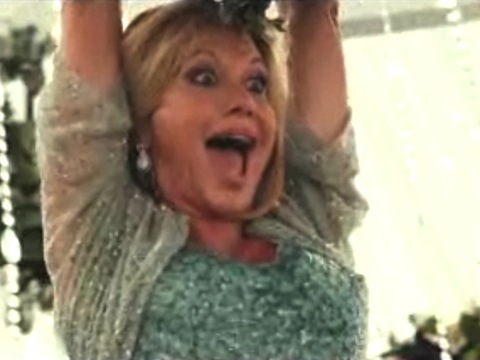