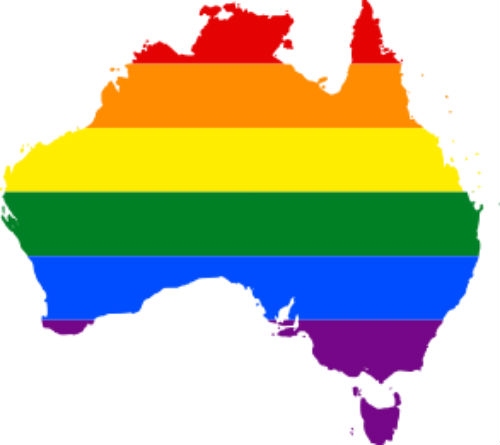 The Prime Minister of Australia contends that before Parliament moves to legalize marriage equality “down under,” he wants the people of Australia to have their say.

Polls in Australia show overwhelming public support for same-sex marriage – 67% of women and 59% of men in Australia want to see marriage equality become the law of the land.

Australian citizens will be asked where they stand on potential legalization of same-sex marriage in a non-binding mail-in vote, after lawmakers failed to pass legislation Wednesday to make it a national plebiscite vote issue in November.

Canberra’s governing Liberal-National Coalition failed to pass a bill in Parliament that would have secured funding to restore Australia’s compulsory plebiscite on Nov. 25, which means the same-sex marriage vote will instead likely take shape as a voluntary voting effort.

“At the last election, we made a very clear promise to the Australian people that we would not facilitate the introduction of a bill to legalize same-sex marriage until the Australian people had had their say,” Turnbull said in a press conference on Tuesday prior to the plebiscite effort falling short.

The traditional plebiscite and postal votes would not be legally binding if it’s shown that most Australians support legalizing same-sex marriage. Turnbull had said if the plebiscite bill failed, then he would move ahead with the vote-by-mail option.

“We will hold a postal vote on this issue asking the same question in which all Australians will have their say — they will get the opportunity to express their opinion on the issue of whether the law should be changed to enable same-sex couples to marry, fulfilling the commitment we made at the election,” he said.

Some who voted against the plebiscite said they don’t oppose legalization of same-sex marriage, but rather they believe the effort is too expensive and could generate a hate-fueled campaign.

Some lawmakers argue the issue could be resolved with a simple vote in Parliament, but Turnbull’s government seeks to gauge public support first. The Liberal-National Coalition attempted to legalize same-sex marriage last year, but the proposal was narrowly defeated.

As reported above, even if the vote shows same-sex marriage the winner, Aussie lawmakers don’t have to align current laws to reflect that support.

According to Buzzfeed, the “vote by mail” will cost in the neighborhood of $122 million, around $50 million less than a compulsory, in-person ballot.

Or, Parliament could just vote to approve marriage equality – no cost.