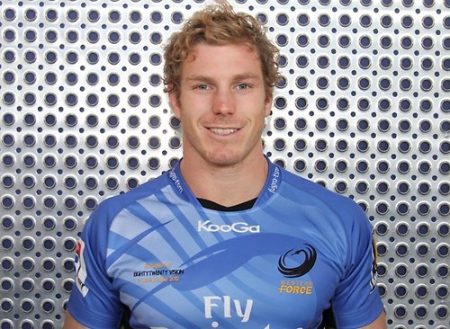 Australian rugby player David Pocock says he supports marriage equality and won’t wed his girlfriend until everyone in the country can marry, PinkNews reports. Sitting on a panel for Australia’s TV program Q and A, Pocock also challenged homophobia in the sports and throughout the country, denouncing laws that make LGBT people separate and unequal.

“We’re dealing with people here,” said Pocock. “And how can you blame someone for what they are? People don’t choose their sexuality. We marginalize the LGBTI community for what they are. So I think this is a conversation that needs to be had, and we need to discuss it compassionately and actually come to something that’s reasonable. And in my mind, that’s marriage for everyone, regardless of their sexuality.”

Following a round of applause from the audience, member of Parliament John Alexander, whose Liberal Party opposes marriage equality, said that he votes in accord with the conscience of his constituents, who believe marriage is between a man and a woman. He proposed that Australia should have three types of marriage — straight marriage, a “Navratilova” marriage for two women (after lesbian tennis great Martina Navratilova), and “Alexander” marriage for two men, after Alexander the Great.