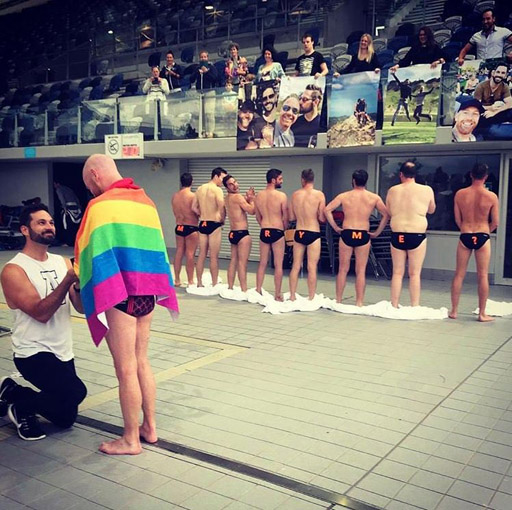 With their favorite song, Jess Glynne’s ‘Hold My Hand’, playing in the background Mark dropped to one knee and directed Mark’s attention to his teammates whose swimsuited bums spelled out “Marry me?”

“He is just everything” Mark told The Star Observer. “He has this passion for everything he does. We have the same values, and want the same things, it’s perfect.

Mark also expressed his gratitude to his countrymen for the all-important “Yes” vote from the recent mail-in survey.

“The ‘Yes’ result is completely validating,” he said. “To see that people in my own country see me as legitimate and the same.”