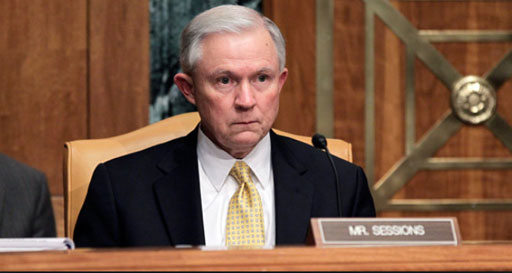 Attorney General Jeff Sessions has announced the creation of a ‘Religious Liberty Task Force” in order to help implement a 25-page memo he issued last October regarding the protection and promotion of ‘religious liberty.’

Speaking at the Justice Department today, Sessions told reporters he will chair the new task force.

“A dangerous movement, undetected by many, but real, is now challenging and eroding a great tradition of religious freedom,” said Sessions with a dramatic sense of foreboding. “There can be no doubt it’s no little matter. It must be confronted intellectually and politically and defeated.”

In today’s political climate, it’s clear the subject being discussed includes legal challenges brought by the LGBTQ community regarding discrimination in the public sector. Sessions referenced anti-LGBTQ baker Jack Phillips of Masterpiece Cakeshop who refused to sell a wedding cake to a gay couple in Colorado.

“We’ve seen nuns ordered to buy contraceptives. We’ve seen U.S. senators ask judicial and executive branch nominees about dogma—even though the Constitution explicitly forbids a religious test for public office. We’ve all seen the ordeal faced so bravely by Jack Phillips,” he said, referring to the Colorado baker who took his case to the Supreme Court after he was found to have violated the state’s anti-discrimination laws for refusing to make a cake for a same-sex wedding.

Sessions said the guidance he issued in October lays out 20 fundamental principles for the executive branch to follow, including the principles that free exercise means a right to act — or to abstain from action — and that government shouldn’t impugn people’s motives or beliefs.

“In short, we have not only the freedom to worship—but the right to exercise our faith. The Constitution’s protections don’t end at the parish parking lot nor can our freedoms be confined to our basements,” he said, according to his prepared remarks.

Sessions also shared that he believes the issue of ‘religious liberty’ is one reason why Donald Trump was elected president. “In substance, he said he respected people of faith and he promised to protect them in the free exercise of their faith,” said Sessions. “He declared we would say ‘Merry Christmas’ again.”

You can watch the full speech by Sessions below, and you can read a full transcript of his speech here.