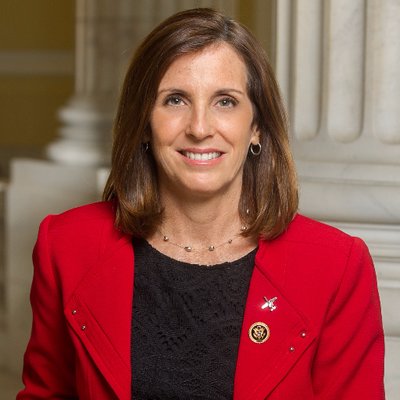 For the past several months since McCain’s death, former Sen. Jon Kyl came out of retirement to temporarily serve. Kyl announced that he would leave the Senate at the end of 2018.

“With her experience and long record of service, Martha is uniquely qualified to step up and fight for Arizona’s interests in the U.S. Senate. I thank her for taking on this significant responsibility,” Ducey announced in a statement.

According to Arizona law, McSally will have to run for the seat in a 2020 special election. The seat will then be on the ballot again in 2022.

The Human Rights Campaign quickly issued a statement regarding the appointment of the longtime anti-LGBTQ legislator.

“In the 2018 midterm election, Arizonans rejected Martha McSally’s toxic agenda and elected pro-equality champion Kyrsten Sinema to represent our state in the U.S. Senate,” said HRC Arizona State Director Justin Unga. “From her votes to gut critical health care protections, to kowtowing to Trump’s shameful ban on transgender service members — McSally has proven that she is more interested in political pandering than working to address the issues that matter to all Arizonans. We’re disappointed with this appointment.”

Rep. McSally has long opposed marriage equality and supported discriminatory, anti-LGBTQ policies and proposals while in Congress, including an amendment that would allow discrimination against LGBTQ people by taxpayer-funded organizations.

She has refused to speak out against the Trump-Pence administration’s efforts to ban qualified transgender service members from the military and voted for an amendment to ban transition-related health care for service members and their families.

She has also voted to raise healthcare premiums and roll back protections for 2.8 million Arizonans with pre-existing conditions, including many LGBTQ people.