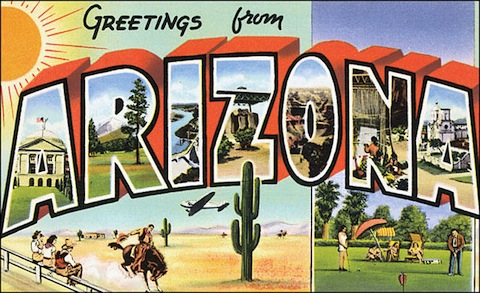 The town of Bisbee, Arizona, has approved a new version of a civil union law for same-sex couples by a vote of 5-2.

In April, council members approved an earlier version of the measure that sought to give people in civil unions the same benefits as those in marriages.

But city officials decided to rewrite the measure after Arizona Attorney General Tom Horne threatened to sue over provisions that Horne said were in conflict with state law or went beyond the city’s authority.

Horne’s office said he approves of Bisbee’s new version of the ordinance and won’t sue to try to block it.

Other cities in Arizona, including Tempe, say they are considering similar civil union laws.