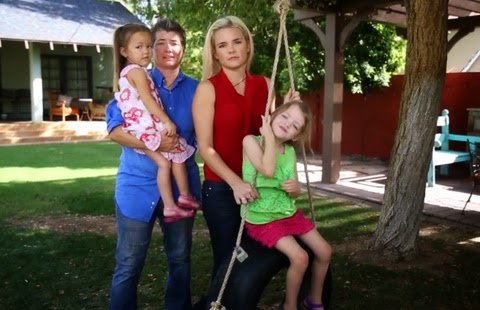 New campaign ad from Arizona Attorney General Terry Goddard, who is running for Secretary of State.

Featured in the ad are Melanie Puskar-Blakely and Tonya Blakely recounting how Goddard’s opponent, Sen. Michele Reagan, supported the anti-gay SB 1062 which would have legalized discrimination against the LGBT community in Arizona.

Thankfully, the bill was vetoed by Gov. Brewer.

Very rare – but welcome – to see a lesbian couple head up a campaign ad.