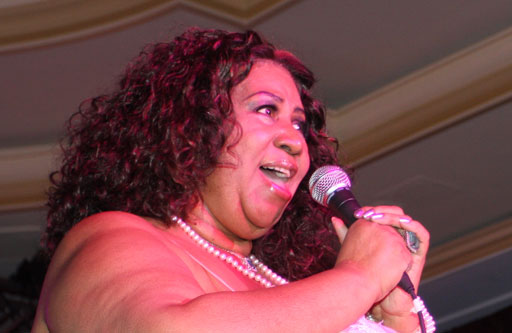 Aretha Franklin, the undisputed Queen of Soul, is reported to be “gravely ill” and surrounded by close family members.

Franklin, who was diagnosed with cancer in 2010, turned 76 in March. Her last performance was on November 2, 2017 for the Elton John AID Foundation in New York and her public performance occurred at the Philadelphia’s Mann Center last August.

Franklin has struggled with weight issues throughout her life and has battle alcoholism and was a chain smoker for a large part of it.

Rolling Stone once named Franklin the number 1 singer of all time. The American singer and songwriter began her career while still a child singing gospel music at the New Bethel Baptist Church in Detroit, where her father was a minister.

In 1960, Franklin was signed to Columbia Records where she only achieved modest success. It wasn’t until she signed with Atlantic Records in 1967 that she acheived commercial success with songs like “Respect,” “(You Make Me Feel Like) A Natural Woman,” and “Think.” By the end of the 1960s, she had become known as the “Queen of Soul.”