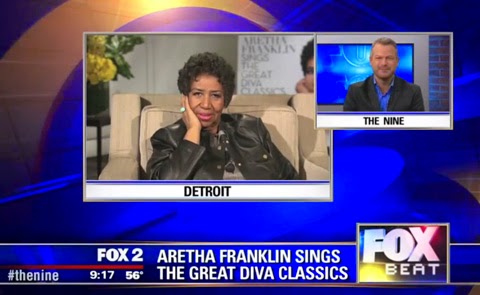 For those not familiar, artists or actors will often sit down for a few hours in a studio and, with a tight schedule, do dozens of interviews from one location as opposed to traveling for the same effect. And, as many know, Aretha does NOT fly on airplanes. So it would seem this would be the perfect way for her to get several interviews out of the way in one fell swoop.

However, with a audio delay, low volume in her earpiece and only four hours of sleep, I’m not so sure this was the most successful round of interviews Ms. Franklin has given.

She had to ask what questions were being put to her, and at one point she had to ask for music to be turned down so she could hear…

The Queen had no time for such shenanigans 🙂