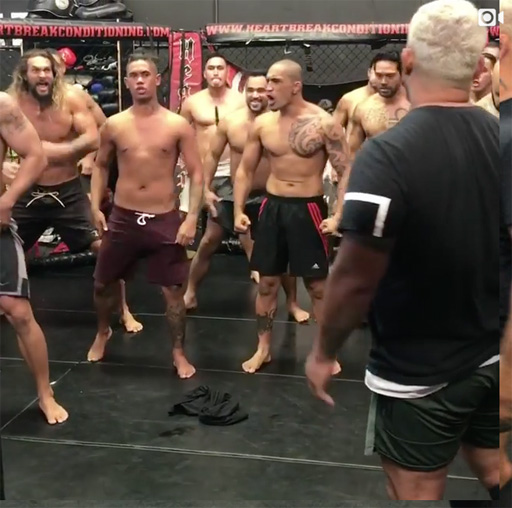 We are not worthy.

Oh yeah – the long haired hottie up right is Jason Mamoa, the Justice League‘s “Aquaman,” taking part in a haka with a group of other MMA fighters as a show of support for New Zealand mixed martial arts fighter and friend, Mark Hunt, in advance of his upcoming match.

The group war chant is incredibly powerful — Mamoa performed one for his Game of Thrones audition.

I’ve long admired the visceral, passionate war chants from New Zealand. You can see more here and here on The Randy Report.