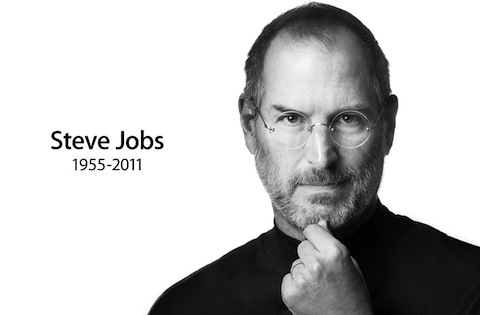 Steve Jobs, who resigned as CEO of Apple for health reasons in August, has died, the Cupertino, Calif.-based company announced Wednesday.

“We are deeply saddened to announce that Steve Jobs passed away today.”

“Steve’s brilliance, passion and energy were the source of countless innovations that enrich and improve all of our lives,” Apple said in a statement.

“The world is immeasurably better because of Steve. His greatest love was for his wife, Laurene, and his family. Our hearts go out to them and to all who were touched by his extraordinary gifts,” the statement continued.

The company’s website featured a black and white photo of Jobs Wednesday with the years 1955-2011.

“Apple has lost a visionary and creative genius, and the world has lost an amazing human being,” the company’s website reads. “Steve leaves behind a company that only he could have built, and his spirit will forever be the foundation of Apple.”

The company encouraged visitors to share “thoughts, memories, and condolences” by emailing rememberingsteve@apple.com.

Jobs stepped down from his position leading Apple in August, after a tumultuous period of a few years in which he battled pancreatic cancer and liver difficulties. He did retain a key role with the company, however, becoming chairman of the board two months ago.