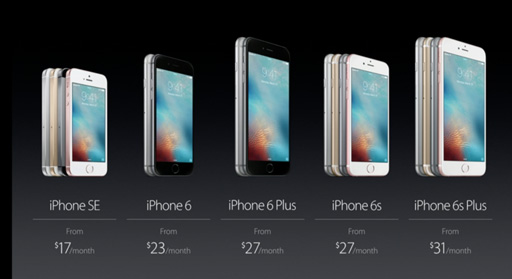 Remember just a couple of years ago when “bigger” was the new trend in cell phones?

Put that in reverse because “smaller” is now the new “big.”

This morning Apple announced two new products – the 4 inch iPhone SE and a 9.7 inch iPad Pro – which are both smaller editions of previous Apple toys.

Apple also shared the new 9.7-inch iPad Pro during its press event in Cupertino today, which seems to boast many of the same specs as its 12.9-inch counterpart. The new tablet will be available March 31.