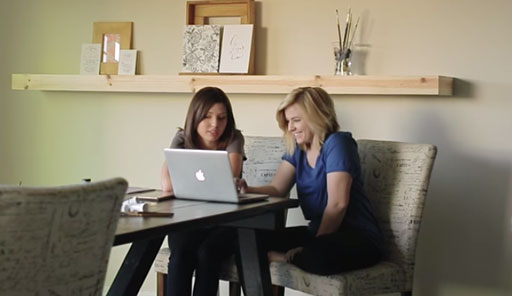 Having already lost twice in court, the owners of a wedding invitation design firm in Phoenix, Arizona, have appealed to the state Supreme Court to determine if a public accommodation ordinance that protects LGBTQ people from discrimination violates their First Amendment rights of free religion and free speech.

The co-owners of Brush & Nib Studio, Breanna Koski and Joanna Duka, said in an interview with conservative radio host Todd Starnes they are prepared to go to jail if the state’s high court rules against them.

“I mean that’s that’s a possibility that we’re hoping we won’t have to face,” Duka told Starnes. “We’re hopeful that the Arizona Supreme Court will affirm some rights of artists that will never violate our beliefs and our conscience.”

They are being represented at the state Supreme Court by the virulently anti-LGBTQ law firm, Alliance Defending Freedom.

It’s important to note that no gay couple has asked Brush & Nib Studio for wedding services, nor has anyone has filed a complaint against the artists with the city.

The duo decided to file their initial lawsuit, in May 2016, as a pre-emptive strike of sorts against Phoenix’s non-discrimination ordinance.

The Phoenix City Council added sexual orientation and gender identity to its existing ordinance in 2013.

After losing in the Maricopa County Superior Court, the artists went to the state Court of Appeals. And lost there, too.

Now, the Arizona Supreme Court has agreed to hear their appeal.

The city of Phoenix issued the following statement regarding the issue:

“Phoenix’s non-discrimination ordinance is about access to goods and services on equal terms. The ordinance does not tell businesses what to write, what to think, or what to believe. The city’s legal team made this point to the Arizona Supreme Court. Four judges have already agreed that businesses in Phoenix must be open to everyone.

“Those legal rulings protect all and confirm that everyone should be treated fairly and equally regardless of sexual orientation, race, gender, religion, or disability. The city of Phoenix will continue to observe these shared community values, allowing the non-discrimination ordinance to protect and respect the rights of all residents.”

Some LGBTQ activists, like Joe Jervis of JoeMyGod, have wondered aloud if the company might have been created by Alliance Defending Freedom to surreptitiously present a challenge to the Phoenix ordinance.

When their initial lawsuit was filed in 2016, the company didn’t appear to have a physical address. And the artists’ social media accounts were only months old, making it credible that the company might have been created just to file the lawsuit.

The video below, titled “Getting to Know the Artists of Brush & Nib,” was uploaded to YouTube just days before the lawsuit was filed, and the comments section is closed.

Additionally, the video is listed as “Unlisted.”

Now, why have a “getting to know” video be “unlisted” on YouTube?

In the video, the artists make a point to say their teaming up was a “God thing,” “beautiful things just come from God,” and how “special” they view their work on wedding invitations.

JoeMyGod also notes that the firm has an online store on Etsy despite the fact the website has a very clear anti-discrimination policy that protects LGBT people.