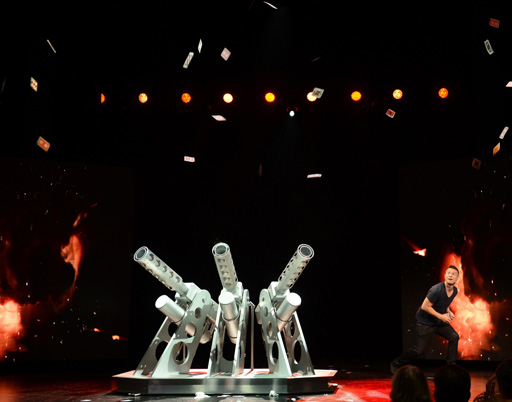 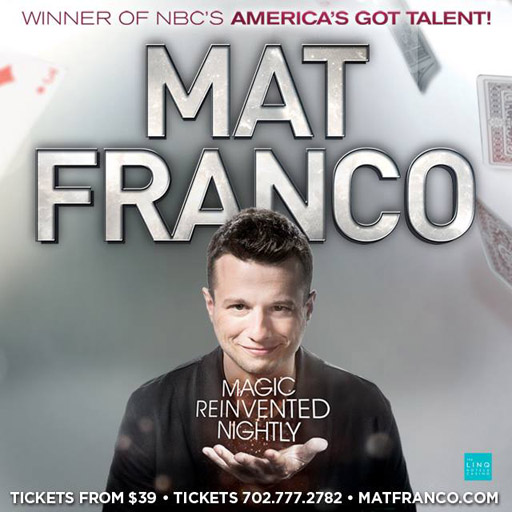 With some self-depracating humor (sometimes you almost think a trick won’t work – almost) and a personality that’s always warm and grounded, Franco (the first and only magician to win AGT) makes “story-telling” his primary magical power.

Whether recounting how he began practicing magic tricks before the age of 10, or constructing his first magic shows with the aide of his grandmother, Franco draws you into his magic-making with enthusiastic tales of his childhood fascination with magic.

My personal favorite moment was his closing trick. I won’t reveal it other than to say it becomes the ultimate “storytelling” of the evening. So, ignore the call of the gambling tables at least until Franco pretty impressive closing bit of magic 🙂

The show, the showroom and the showman are just the right match of for the 27 year old’s breezy magic-making.

Franco has a leaning for making the evening interactive, so you’re on notice: the audience is very much a part of this production. Don’t be afraid to raise your hand and be a part of the evening.

Franco’s a winner, and so is the show.