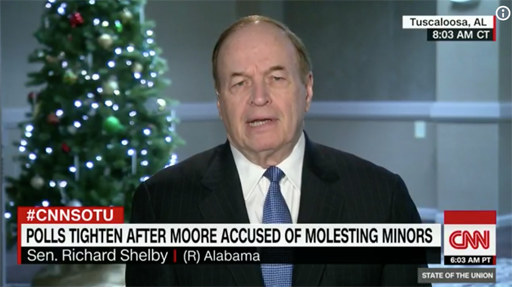 Well, this will be awkward.

“I’d rather see a Republican win, but I hope that Republican will be a write-in,” Shelby said this morning on CNN’s State of the Union. “I think a lot of people could do that. Will they do that? I’m not sure.” “I couldn’t vote for Roy Moore,” he said. “The state of Alabama deserves better.”

According to Shelby, he voted for an unnamed “distinguished Republican candidate.”