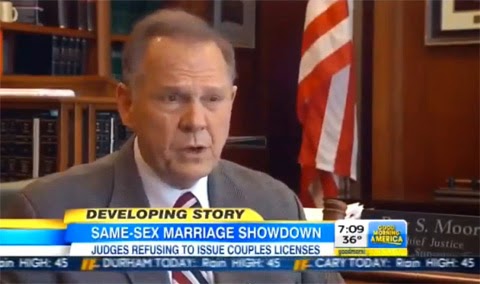 Also, Moore mentions that the federal judge’s ruling doesn’t apply because “only he” has authority over the state’s probate judges and he wasn’t named in the lawsuit which resulted in the overturning of the same-sex marriage ban. Last night, the plaintiffs in the lawsuit filed new suit naming Moore, Gov. Bentley, the Attorney General, office clerks and just about everyone else possible.