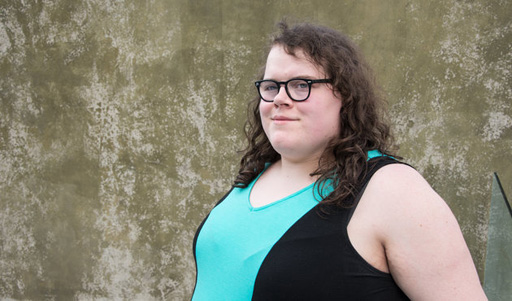 Imagine after a challenging period of time trying to find employment, you think you’ve found a dream job.

Not only a good job, but the company that’s hired you offers to pay to train you.

This was the case of Jessi Dye, a transgender woman living in Vinetown, Alabama.

On her first day at work at Summerford Nursing Home she arrived on time, filled out paperwork, received vaccinations (she would be training to become a certified nurse’s assistant). But come lunch time, Dye was summoned to the office of Robert Summerford, the manager for the facility.

At that moment, Dye says she felt “exactly like being punched in the stomach.”

Dye explained that she was born male and transitioning to female.

From there, the situation got even worse with Summerford asking, “What am I supposed to do with you?”

And with that, Dye was fired on the spot.

In March, Dye, with the support of lawyers from the Montgomery-based Southern Poverty Law Center, filed a charge of discrimination with the Equal Employment Opportunity Commission.

On Thursday, the Southern Poverty Law Center announced that Summerford had reached a settlement with Dye. Rather than face a possible fight over Dye’s accusation in federal court, the company agreed to implement a policy that prohibits discrimination against job applicants and employees on the basis of sexual orientation and gender identity, and to conduct sensitivity training concerning LGBT people. (The amount of money paid to Dye in the settlement has not been disclosed.)

Sam Wolfe, a lawyer with SPLC, sees Summerford’s quick capitulation and favorable settlement offer as a positive sign that the climate toward LGBT people in the workplace is shifting around the country, even in states like Alabama, which have no statewide laws prohibiting LGBT discrimination.

“I think the takeaway here is that we have a small company that is represented by competent lawyers and they saw the writing on the wall,” Wolfe told The Huffington Post. “It’s an admission that employers do need to pay attention to their obligations under federal law to not discriminate because of someone’s gender identity or sexual orientation.”

This episode is not unique, and underscores why transgender folks (and gays and lesbians) need the Employment Non-Discrimination Act passed in Congress to protect against these kinds of cases.

For her part, Dye is glad the lawsuit at least brought attention to the very real issue of transgender protections. “I don’t want anybody else to have to go through what I went through that day,” she said.