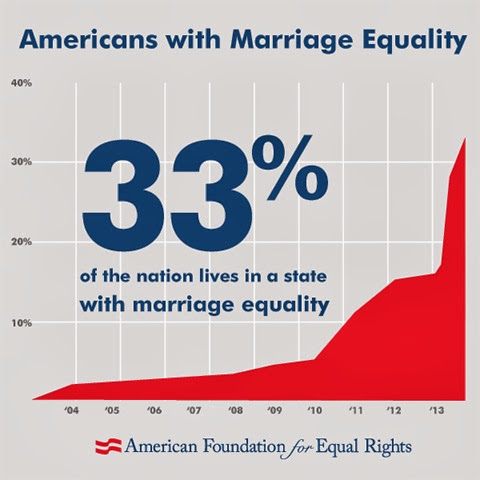 The American Foundation for Equal Rights has posted this graphic on their blog showing that 33% of Americans now live in a state with marriage equality:

With New Jersey now recognizing the freedom to marry for gay and lesbian couples, one third of the U.S. population now lives in a state with marriage equality, based on the 2010 U.S. Census.