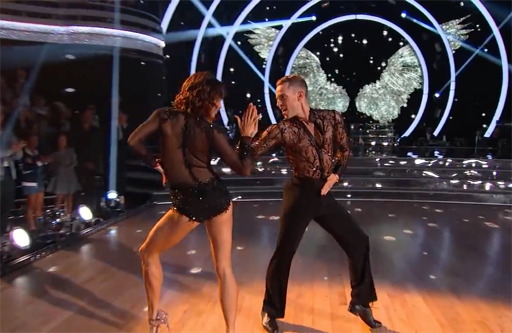 Out Olympian Adam Rippon killed it last night on the new season of Dancing With The Stars as he and his pro dance partner Jenna Johnsona cha-cha’d to RuPaul’s “Sissy That Walk.”

Both Rippon and Johnson have acknowledged their personal chemistry in working together for the abbreviated “athletes-only” season of DWTS.

“I’m not a scientist, but we’ve got chemistry,” Rippon told Billboard Magazine.

The 28-year-old bronze medalist clearly came to slay, and the judges agreed giving the performance all 8s across the board. That score of 24 tied for the top spot along with pro football player Josh Norman.

As someone who’s been a professional dancer and choreographer for over 35 years, I have to say I’m way impressed: the lines, the body positions, the energy extending all the way out to his finger-tips. This is a very strong performance.

Watch Rippon slay in his DWTS debut below.