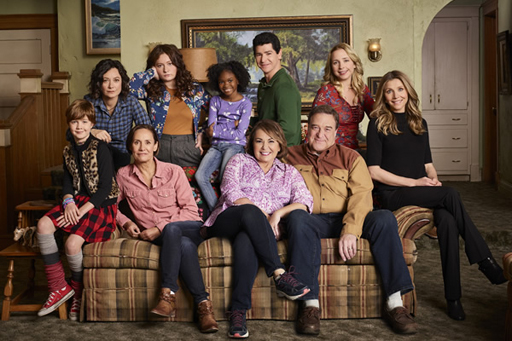 According to several sources, ABC is considering a revamp of it’s now cancelled reboot of Roseanne.

In the aftermath of cancelling the sitcom after Roseanne’s racists tweets last week about Obama adviser Valerie Jarrett, the network is said to be looking at reshuffling the show to shift the focus to the character of “Darlene” played by out actress Sara Gilbert.

Gilbert, who has been acting as an executive producer for the reboot, has apparently been reaching out to the show’s cast members about interest in continuing with a revamped show.

According to The Hollywood Reporter, ABC is scheduling a confab later this week to explore other options for the show.

One caveat: Any new format would “have to be without Roseanne Barr, and the actress and former head writer of the sitcom would not be able to financially benefit from any new incarnation of the series.”

In that Roseanne was a creator of the original show, I’m not sure how you could utilize the same characters without compensating Roseanne.

What do you think, readers? Would you watch “Darlene?”