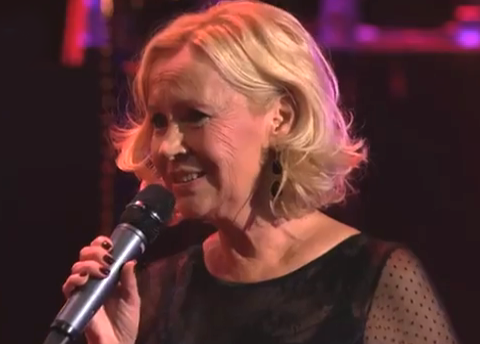 Via Contact Music: ABBA star Agnetha Faltskog stunned fans by hitting the stage for a surprise performance at a London charity concert, marking her first high-profile gig in 25 years.

The Swedish singer, who has reportedly not performed in front of an audience for more than two decades, was the surprise guest at Gary Barlow’s Children In Need Rocks concert, which was held at the city’s Eventim Apollo venue.

Faltskog performed her duet with Barlow, “I Should’ve Followed You Home”, to raise cash for the BBC’s annual Children In Need charity event, which supports underprivileged kids around the world.