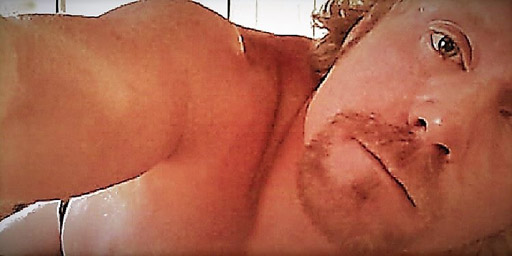 He is sitting across from me and we are naked. Seconds earlier, we had both injected ourselves with meth. The pounding rush of the drug is in full force and the possibilities feel endless. I’m looking forward to the sexual promises we had made to one another when we chatted online. Desperately. Now.

But even in my delirium, I have the feeling that something is off. I am blinking through watery eyes and have begun to focus on him. He is staring at me, his gaze fixed with an intense and completely unexpected contempt.

“You’re not who you say you are,” he says, softly and suspiciously. He trembles from the impact of the meth. As he speaks, the gun the gun the gun is moving this way and that, pointed mostly in my direction.

I have no response. I don’t know what he is capable of, or if the gun is loaded, if he will pull the trigger, if this is a sadistic sex game. I met the man maybe an hour ago. I wonder if you can die of fright.

Read the full personal essay over at Queerty.

Mark is a recovering addict and is the author of the blog My Fabulous Disease. I highly recommend checking out more of his inspiring and powerful writing.